In about 30 minutes from Mt Nebo, we were at our next destination – Madaba. We are again at another lovely place. 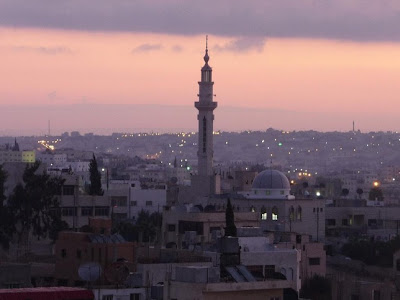 Madaba is a pretty little town famous for its mosaics and  approximately  30km from Amman, along the 5,000-year-old Kings´ Highway. Christians make up a large portion of the population here and as a result, so we observed a large number of women walking the streets without the traditional Islamic headscarf. 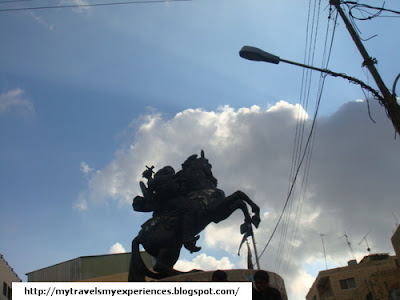 Known as ‘City of Mosaics’, the town’s most famous attraction is the Greek Orthodox  Church of St.George. Within the church is a wonderfully vivid, 6th century Byzantine Mosaic Map showing Jerusalem and other holy sites. With two million pieces of coloured stone and a full 25 x 5 meters in its original state – most of which can be seen even today – is a map that depicts hills and valleys, villages and towns, as far away as the Nile Delta.  It was discovered in 1896 and is one the oldest known mosaic maps of the Holy Land ever uncovered, dating to the 6th century B.C. 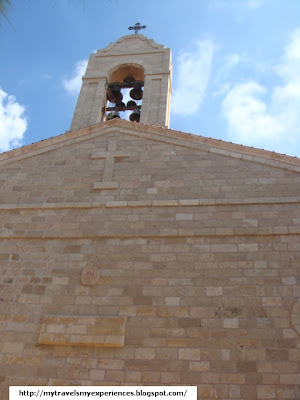 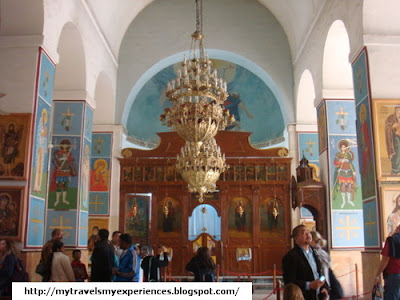 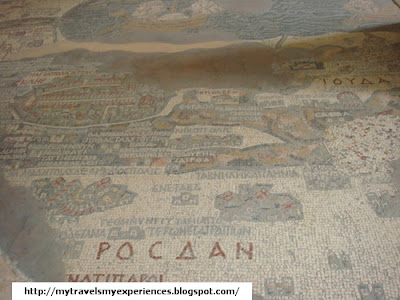 After our visit to the St.George church, we visited Other mosaic masterpieces found in the Church of the Virgin and the Apostles and in the Archaeological Museum which depict a rampant profusion of flowers and plants, birds and fish, animals and exotic beasts, as well as scenes from mythology and the everyday pursuits of hunting, fishing and farming. Literally, hundreds of other mosaics from the 5th through the 7th centuries are scattered throughout Madaba's churches and homes.

In line with Jordan's commitment to restoring and preserving its mosaic masterpieces, Madaba’s extensive Archaeological Park and Museum complex encompasses the remains of several Byzantine churches, including the outstanding mosaics of the Church of the Virgin and the Hyppolytus Hall, part of a 6th century mansion.
It was a pleasure and contentment to see such ancient mosaics. The visit to the church was also refreshing and invigorating as it brought back memories of my daily visit to the church in my school as a kid. There were lot of candles glowing in St.George church.....Along with the atmosphere within the church gave us lot of peace of mind. There is a small room in the church, where visitors write their wish with candles in the glass wall. 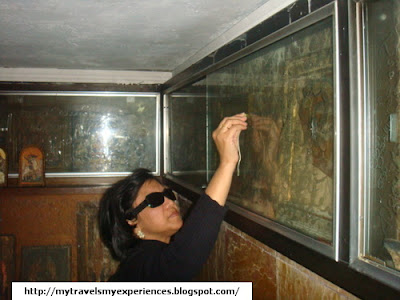 Your visit to Madaba is incomplete without your visit to any  mosaics craft factory, where you can see artisans making mosaics items and also buy them.Here the artisans are taught the art of making, repairing and restoring mosaics. 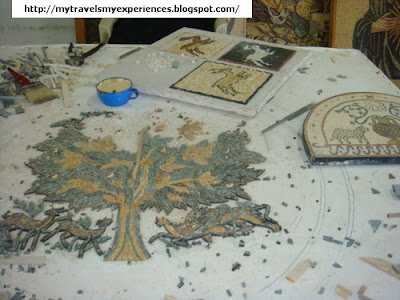 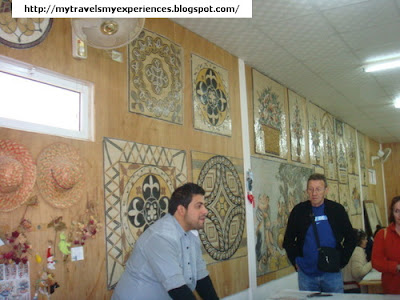 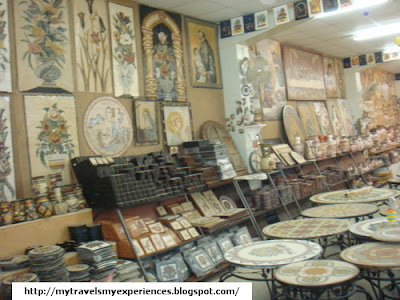 The Madaba tourism cluster extends from Bethany in the north to the villages of Thiban, Mukawer and Um Rasas in the south, covering a historic area that was known as the plain of Moab over two thousand years ago.This cluster is anchored by the city of Madaba and contains a scattering of villages located across the bluffs descending to the Dead sea, with spectacular scenes of swooping valleys and unique rock formations, as well as views of the Dead Sea itself.
Christians consider the Madaba cluster an important part of the Holy Land, and the cluster contains three of the six Vatican–sanctioned pilgrimage sites in Jordan.
Posted by PARIMITA at 3/21/2012 04:05:00 PM