The Embassy of India will remain closed on Tuesday, 2nd of October 2012 on account of Mahatma Gandhi’s Birthday.

Embassy will also be closed on Wednesday, 24th of October for Dussehra (Vijaya Dashami), informed the embassy in a press release.
Posted by PARIMITA at 9/30/2012 12:16:00 AM No comments:

Hot weather conditions at the end of this week are expected to continue until mid next week, along with an increase in relative humidity especially around coastal areas, said a leading forecaster on Thursday.

Temperatures will range between 39-41 degrees Celsius, Head of agricultural and hydrological forecasting at the Meteorological Department of the Directorate General of Civil Aviation, Osama Al-Mithin told KUNA.
Al-Mithin expected during night, an increase of humidity to more than 80 pct, with volatile winds southeasterly light winds leading to a decrease in temperatures to between 18-25 degrees Celsius.

The sea will witness low tides during the day and an increase of waves between 1-4 feet at night, he pointed out. 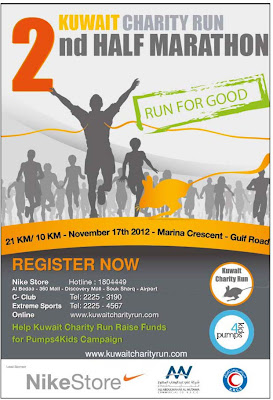 This is a charity run to benefit Pumps4Kids (providing insulin pumps to children diagnosed with diabetes so they don't need injections with needles - scary!), K'SPATH, Bayt Abdullah, and Kuwait Association for the Care of Children in Hospital.  Registration fee is 15KD.

“Scrabble with Kids did popularise itself with kids from as young as 7 to as old as 14 this Summer.  And to wile yourself away from books and tuitions, join us for a fun-filled evening and learn this wonderful game.This game has no age barrier and Scrabble is still on where kids are taught to learn to play the right way. Register now with us and call me if you want you child to enjoy some anagraming, quizzes, mental games and Scrabble of course. Classes are being held regularly at the BETTER BOOKS in Salmiya. To know more about these classes, call Rohaina at 6663-4224. Classes are on Saturday afternoons ONLY from 2.30-4 pm.”
Posted by PARIMITA at 9/30/2012 12:04:00 AM No comments:

Who We Are…
www.wowdeals.com.kw is 100% run and owned by Kuwaiti young entrepreneurs. We envisioned and pictured the need for such service based on the exploding and growing tendency for people to browse the internet to find the best deal available. Hence, the idea of creating this website. We are an advertising gateway to people and businesses.

What We Do…
We follow the trend!!!
We act as an intermediary by allowing service providers and consumers to meet in a different way which makes it a unique experience.
WOWdeals: Business-To-People deals of the trendy stuff to do or buy in the community at unbeatable prices
WOWAds: People-To-People personal ads to allow people who want to sell personal stuff online in an easy way 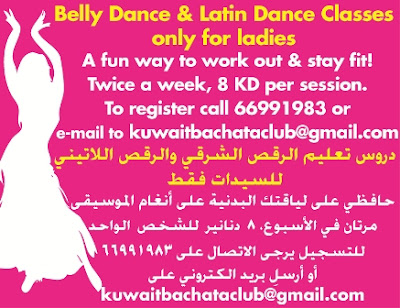 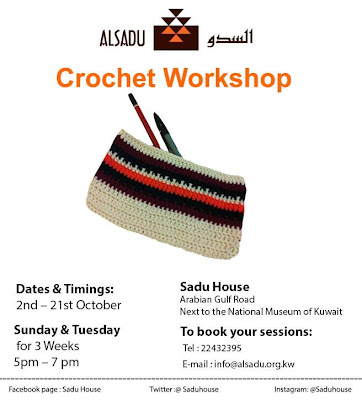 Navratna stones and gold embroidery -- Chennai Silks used all that and more to weave the 'Vivaah Patu', the most expensive silk sari in the world at Rs.40 lakh ($74,830), and entered the Guinness World Records.

Named 'Vivaah Patu' sari, it features the reproduction of 11 paintings by Indian art icon Raja Ravi Varma and it was designed by the director of Chennai Silks, Sivalingam.

The sari which entered the Guinness World Records (http://www.guinnessworldrecords.com/records-5000/most-expensive-sari/) was hand woven using double warp by 36 workers at Chennai Silks mill in Kancheepuram. It weighs 8kg and was completed in 12 months.
"Our director conceptualised the design and it was later taken over and executed by the weaving team. It's a team effort and the credit goes to Chennai Silks," Ramesh said.
The Rs.40 lakh sari was made on a request from a Kuwait-based businessman, who wants to remain anonymous.

Chennai Silks completed the first such sari Nov 26, 2007 and sold it Jan 5, 2008 to a Bangalore-based businessman, who bought the sari on the occasion of his 10th wedding anniversary.

A year later, a Kuwait-based businessman approached them for Vivaah Patu, which he bought for Rs.40 lakh.

The sari was produced using 7,440 jacquard hooks used for interlacing design and 66,700 cards used for punching design with the help of CAD software.
"The sari is very much wearable. The weight is not a concern because once the sari is draped; one can hardly feel the weight. Our model wore the sari for the TV advertisement," Ramesh told IANS.


Auction of sheeps, held in Kabd fetched KD 111,000 for selling 60 rare sheeps, reported local daily Kuwait Times. The special attraction was teh auction for a rare sheep which sold for KD 3000. Total of the 60 sheeps were auctioned within 90 minute, daily reported.

Auctioneer, Abdul Rahman Al-Muttairi, stressed that Kuwait has been leading in holding such auctions for 15 years and that a very rare sheep sold for KD 70,000 was one of them. “That sheep was of a well-known breed and whoever bought it can cover up the price he paid by selling only four of its lambs over a period of one year”, he said noting that a lamb descending from this sheep is sold for KD 18,000.